The need for everyone out there within and outside to earn extra cash cannot be overemphasized. Jobs are scarce and an employee’s future is always uncertain. As an efficient worker you will end up building another man’s dream at the expense of yours, your family’s and at the risk of even your life not to mention the fact that you will get no sincere “Thank you!” from your boss. You will simply get ladened up with more tasks that get increasingly tedious.  All this and much more with little or no incentive.
As a worker, you get to earn linearly with mouths and bills to satisfy. Some people will simply think you are just being cruel.
Another sad fact is that you might be a first class holder or more (masters or PhD) and still not secure employment. Some people are forced to become casual workers,  cooperate beggars or engage in despicable activities.
Simply put, jobs nowadays are not about degrees but about wits and dreams do DIE.
WHY REMAIN LET YOUR DREAM DIE? WHY MUST YOU CHOOSE POVERTY BY IDLENESS WHEN YOU CAN TRY NOT TO BE POOR(Pass Over Opportunities Repeatedly)…
Text or call Akinbola Oluwafemi Emmanuel on 08066135189
Email: phermcy@yahoo.com

Things you need do get to your height 1

As it is popularly said: "the eyes that will become acquinted will first go through hell.
For the sake of most of us who are striving to reach our height,the first and most important thing is to have GOD's favour.
Many people are aethists and they may not know the damage it has. The fact that you are rich is no proof of your favour from life.Rather it may be that you are running on a thick lather and heading for a banana peel.

Continued in the next issue

Carlo ancelloti to be honoured

It took me quite a long time to stomach the appauling view i saw via the internet late last year. The view was so gory that I couldn't even write after my last blog on
28th of December. What makes it worse is that it was a clip of a ghastly event that happened right in L.C.D.A where i currently reside,Ejigbo,Lagos state. At the mention of that name,Ejigbo,at least someone's facial or oral expression will show disgust based on most of the series of news reports that the world gets about it and if you are out for a positive report,I am sorry that you are aboard the wrong ferry.
Two ladies were insanely tortured by a group of people who are rumoured probably as of a local branch of the south-western nigerian vigilante group called the Oodua People's Conference(OPC) after they were allegedly accused of stealing pepper from the Iyana-Ejigbo market along the mushin-ikotun expressway.
This incident was said also to have happened around february 2013 which makes the incident probably about less than a month away from being a year old.
It is however a shame that a community with supposed-intellects at the fore-front of its leadership will still have such bizzare dark-aged deed unattended to till the time activists came on air.
According to research,hundreds of the community members spoken to boldly claimed that they got no news of such an activity until it was aired on news networks.
I believe you'll agree with me when I say that the perpetrators of the eventually fatal mugging are long gone or under some sort of protection that will make them quite an eel... Yes,the victims are dead!
The community was not notified and even the chairman is yet to enforce any follow-up plan by the police/investigators rather he is sending festive sms for a yelutide that went sour
These women were harassed,assaulted and defiled with all sorts of objects like bottles,sticks and pepper(red-hot). Even if they had survived,their eyes,genitals and organs would have functioned far below good...
Their groans and blood rests on this land am sure;so will the misery of their families esp. orphaned children
Link... https://www.youtube.com/watch?v=0PxR2yyaeXc&feature=youtube_gdata_player

Posted by phermcy at 5:32 AM No comments:

Email ThisBlogThis!Share to TwitterShare to FacebookShare to Pinterest
Labels: chech on youtube for this video with the name "Oluwafemi Akinbola" or the abuse of two women in Ejigbo, lagos or use https://www.youtube.com/watch?v=0PxR2yyaeXc&feature=youtube_gdata_player

Now that Christmas has come and gone part 1

Deck the halls with booze and hotties... %Fa la la la la..la la..la la.........%.....
This was the theme song that an "omo aje butter" turned "igboro" was singing along my street hours after probably attending one of the numerous all-night street jams that was scattered my neighbourhood here in Ejigbo,Isolo,Lagos state.
As the number one "dry guy" in this part of Nigeria, I was thrilled with the hope that my loneliness will soon end and there may be more of my kind around my hood. That was until he started speaking incoherently and then plunged face first into a gully filled with a  smelly and disgusting mixture of only God-knows-what close to the best october next house. Then it dawned on me.....that is one "chemically unbalanced" fella with almost all his life lying ahead of him lying there in a pool of sludge. Assuming my phone had enough power i would have caught him camera and mailed it to Ashton Kutcher(the "punked" guy on mtv) or akpors okporocha a.k.a m.c basket mouth; you know?!the comedian/big friday show anchor on mtv africa..(forgive me basket mouth before you finish my unborne career on satellite transmission)..
Now back to the issue at hand....
I could never wish for such a friend in my still-amendable life.
He had a swell christmas as I did too in my way.
I bought fuel,played games(from mobile to video),bought more fuel then slept.
Whilst asleep I set sail to my lager-than-life perfect world with me as emperor and everyone who thinks am a looser in real life grovelling at my feet until i got jumped by my son and his friends...(they seem to herd-by every now and then).
Then the real fun begins... First they make me organise a fashion contest with the dusty road as the runway with the champ's picture available.. The sequel to this event comes up later.. 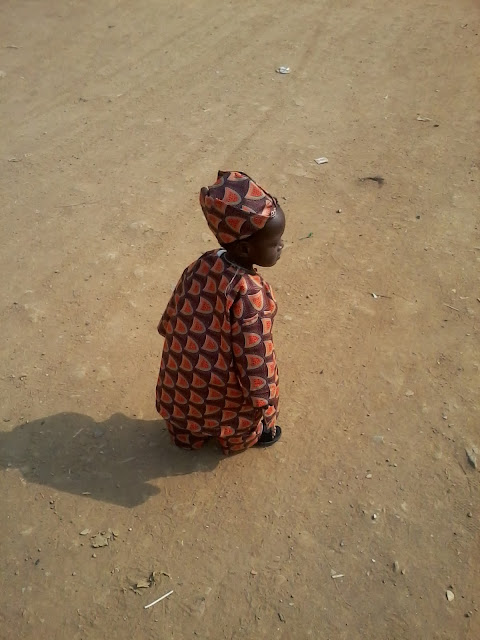 Posted by phermcy at 1:38 AM No comments:

Nelson Mandela .... The exit of a true global icon

Posted by phermcy at 6:01 AM No comments:

FEMI'S INSIGHT: The right to freedom of religion

FEMI'S INSIGHT: The right to freedom of religion:     I remember a pal of mine used to say that the freedom of religion side of every liberal society will be the end of such a society.     ...
Posted by phermcy at 5:03 AM No comments: